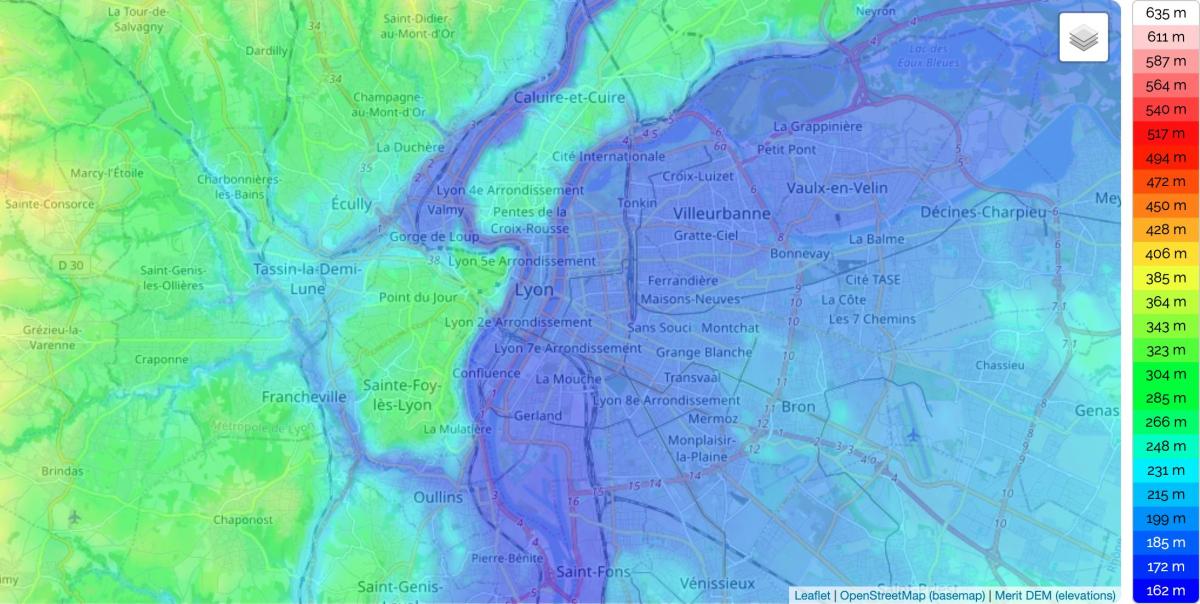 Lyon average elevation is 429 m. Lyon topography is dominated by the Rhône and Saône rivers which converge to the south of the historic city centre forming a sort of peninsula or "presqu'île"; two large hills, one to the west and one to the north of the historic city centre; and a large plain which sprawls westward from the historic city centre as its shown in Lyon elevation map. To the west is Fourvière, known as "the hill that prays", the location for the highly decorated Notre-Dame de Fourvière basilica, several convents, the palace of the Archbishop, the Tour métallique (a highly visible TV tower, replicating the last stage of the Eiffel Tower) and a funicular. To the north is the Croix-Rousse, "the hill that works", traditionally home to many small silk workshops, an industry for which the city was renowned.

Lyon is located 250 meters above sea level atop the hill of the Croix-Rousse, 300 meters on the Fourvière and 165 meters at the Confluence as you can see in Lyon elevation map. Fourvière hill is home to the La Tour Métallique, one of Lyon most easily recognizable landmarks, which was privately built by the land-owners to rival the Eiffel Tower in Paris. It forms the highest elevation point in Lyon and is in fact higher than the Eiffel Tower at its summit, due to it being on a hill.